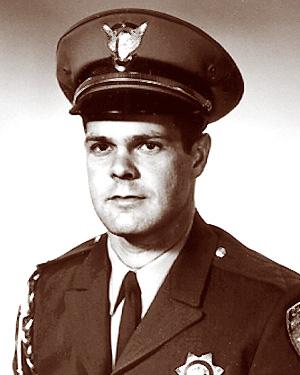 Officer Charles R. Lilly and his partner had just pulled over two traffic violators. Lilly was standing at the driver’s door of one of the stopped vehicles when a passing car struck and killed him. The killer of the 30-year-old patrol officer then fled but was apprehended within minutes. Before joining the CHP in 1965, Officer Lilly had served with the San Francisco Police Department.