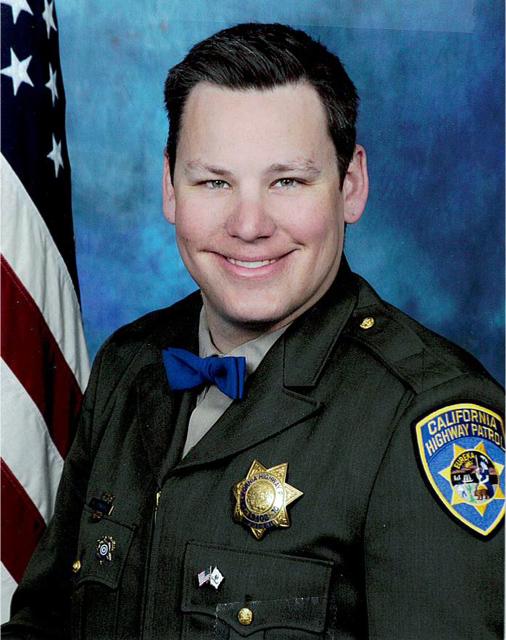 The CHP family mourns the loss of Officer Lucas Forrest Chellew, I.D. 19402, who was killed in the line of duty on Feb. 22, 2017.  Officer Chellew, 31, was involved in a traffic collision while in pursuit of a motorist in South Sacramento. Officer Chellew suffered major injuries and was transported to University of California, Davis, Medical Center where he succumbed to his injuries.

“My heart aches on this terribly tragic day for the CHP as we have lost a hero, who swore a sacred and honorable oath to serve and protect the people of California,” said CHP Commissioner Joe Farrow.  “Officer Chellew now joins a distinguished and cherished group of men and women whose names adorn a memorial fountain at the center of the CHP Academy.  His service and sacrifice will forever be honored and never forgotten.  Please keep Officer Chellew’s family, friends and the entire CHP family in your thoughts and prayers as they mourn his loss.”

Officer Chellew served with the California Highway Patrol for eight years. He graduated from the CHP Academy in May 2009 and was assigned to the South Sacramento Area. He is survived by his wife, Christina; a daughter and a son; father, Charles Chellew, a retired CHP captain; mother, Marion Chellew; and sister, Hanna Chellew, a CHP officer.

Donations can be made on the C.A.H.P Credit Union website or directly mailed to: