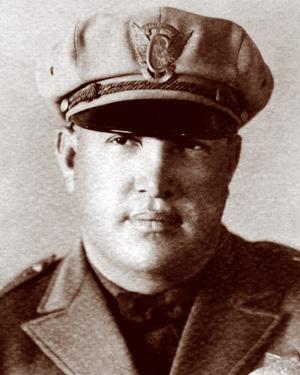 Officer Jack E. Marks was patrolling on his motorcycle in tandem with Officer Frank Freeman along Foothill Boulevard in Cucamonga. Marks’ wind visor apparently became interlocked with the handlebars on Freeman’s motorcycle and the accidental contact caused both officers to the thrown to the ground. Freeman suffered collar and shoulder injuries, but Marks died before he reached the hospital. Officer Marks, 34, had been a police officer with the city of Colton in 1921 and an officer with the county motor patrol squad in 1924. He was made a Highway Patrol officer in 1929 when the county squad merged with the CHP.