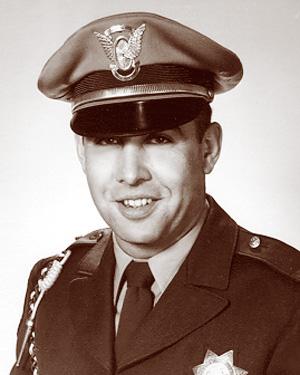 Officer Jerry E. Turre was investigating an accident scene near Fresno at 2 a.m. and was laying flares when he was struck and killed by a hit-and-run driver. The accident occurred on a clear night and the flares were visible for 1/4 mile at the time of the accident, leading investigators to conclude that the hit-and-run driver was also under the influence. The 30-year-old patrolman had been a member of the Patrol for six years. Prior to joining the CHP, Turre served with the Yreka Police Department and the U.S. Marine Corps.