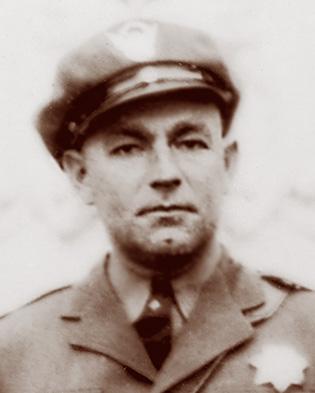 Officer J.W. Shuman accidentally shot and fatally wounded himself as he was repairing his service revolver in a room used as an armory in the CHP office. Shuman evidently believed he had taken out all of the cartridges from his revolver when he began inspecting the action of the pistol. Investigators found the partially dismantled revolver, pistol cleaning implements, a screwdriver and five cartridges lying on a low counter. The 36-year-old patrolman died two hours later without regaining consciousness. Officer Shuman was a member of the CHP for six years.