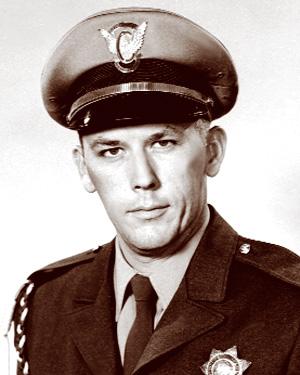 Officer Kenneth E. Marshall was probably pursuing a violator, investigators later determined, when his patrol car skidded on a rain-slicked roadway and struck a light pole. Another patrol officer reached the scene minutes after the crash, but found the 31-year-old patrolman had been killed instantly. Marshall graduated from the CHP Academy in 1962 and served in the San Francisco Area before transferring to the Humboldt Area in 1965.