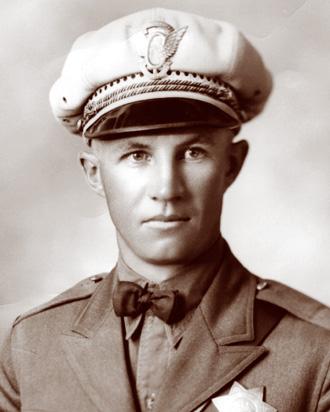 Officer Oscar D. McMurry was responding to the scene of an accident at 2:30 in the morning when the headlight of his motorcycle suddenly went out. In the darkness, McMurry lost control and struck a sign post while traveling at more than 65 m.p.h. McMurry sustained serious injuries to his chest and stomach, requiring months of treatment including two major operations. He died from complications that followed the second operation. Officer McMurry, 29, joined the Patrol on February 9, 1931 when the CHP was established in Inyo County.