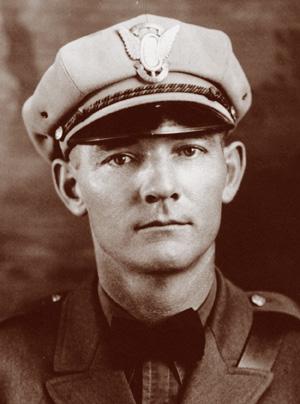 Officer Stephen S. Kent, 41, was assisting in the pursuit of a suspect sought in three states for bank robbery and kidnapping. Kent stopped the suspect vehicle in Yreka but as he approached, the suspect opened fire, killing the patrolman instantly. The killer was captured, stood trial and was convicted of murder. He was sentenced to death and executed at Folsom Prison in 1936.