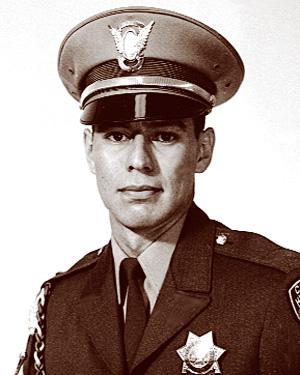 Officers Adolfo M. Hernandez and Frederick W. Enright were patrolling in the CHP helicopter at 2:45 p.m. when it crashed and burned in the Fremont area east of Highway 17. Enright, the 31-year-old pilot, and Hernandez, the 35-year-old observer, were both killed instantly. Witnesses said the helicopter went into a steep dive, and when approximately 50 to 75 feet off the ground, flipped over and then crashed. Investigation into the cause of the accident determined there was a mechanical failure in the controls that affected the pilots ability to control the horizontal attitude of the aircraft. Officer Enright was a member of the Patrol for four years and Officer Hernandez was a member for five years.