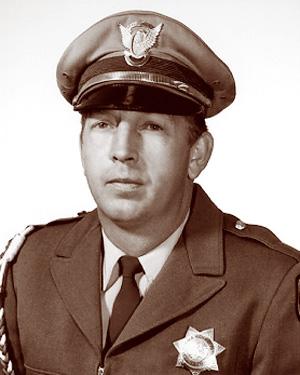 Officer Arthur E. Dunn had radioed Redding Dispatch that he was bringing in a prisoner he had arrested for drunk driving. When Dunn failed to arrive an hour later or respond to radio contact, his beat partner started a search. Dunns patrol car was discovered over an embankment where it had plunged after the prisoner shot the officer with a small caliber handgun he had concealed. Dunns killer escaped by kicking out the patrol cars rear window but was captured nearby. Officer Dunn, 43, was a 14-year CHP veteran and had been assigned to the Burney Resident Post for 10 years