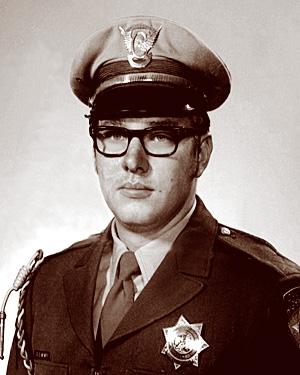 Officer Dale E. Newby, 36, was, shot and killed by a motorist he had pulled over for speeding and erratic driving along Interstate 5 north of Stockton. Newby scuffled with the motorist, an ex-mental patient, who opened fire with a .357 magnum handgun, shooting Newby in the hand, then twice in the back as the officer retreated toward his patrol car. The tragedy multiplied when the gunman took a hostage, whom he subsequently shot and killed, before taking his own life. Newby, 36, was a 15-year CHP veteran and had served in the Baldwin Park and Contra Costa Areas before transferring to Stockton in 1972.