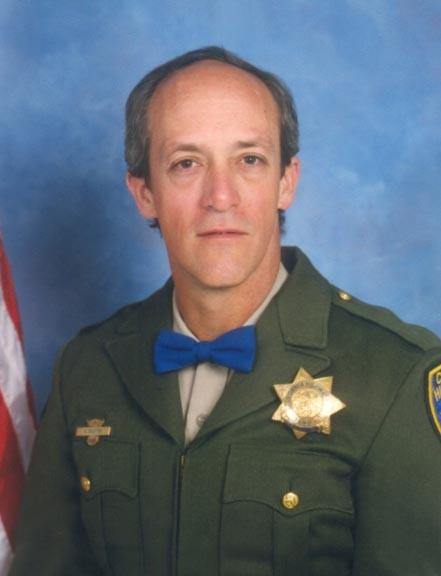 Officer Dean Beattie, I.D. 9490, had about an hour to go until the end of his shift on Nov. 19. He was patrolling state Route 163 in San Diego on his motorcycle when something went terribly wrong.

Beattie, 46, was killed in a collision with a slow-moving recycling dump truck traveling ahead of him.

According to witnesses, Officer Beattie was traveling in the No. 5 lane and suddenly accelerated ahead and activated the motorcycle’s rear enforcement lights. Seconds later, for reasons unknown at this writing, his motorcycle struck the right rear portion of the truck. Based on statements from witnesses, it appeared Officer Beattie might not have seen the slower moving truck ahead of him as he accelerated away. The impact ejected Beattie from his motorcycle, causing major injuries. CHP officers and emergency crews arrived in moments and performed CPR. He was transported to Sharp Memorial Hospital, where he was pronounced dead a short time later.

Officer Beattie was born in Alexandria, Va., on Aug. 16, 1957. Growing up in the St. Petersburg, Fla., area helped Dean develop his unique sense of humor and “down-home” sensibilities, traits which earned him the love and respect of all who came in contact with him over the years.

Despite the stressful demands of life as a CHP officer, Dean never lost his sense of humor and love of the South, where he grew up.

“Dean had recently purchased land and planned to retire in the hills of Tennessee and frequently kidded about becoming a ‘hillbilly,’” said Officer Mark Gregg, I.D. 12733, also of the San Diego office. “A favorite joke of Dean’s included the use of false hillbilly teeth, and then posing for pictures with fellow officers, including Commissioner Helmick. His lively and much-beloved sense of humor helped relieve the tension of stressful situations officers sometimes face and turned many a routine day into a laugh festival at the briefing table,” he said.

Dean’s two loves in life were Rosa, his wife of nearly six years, and their blended family. He was a loving father to Farrah 19, Brett 17, Cindy 17, Annelise 13, Amanda 12, and Tawny, age 10. Dean and his wife were active in their church, where they were in charge of the church’s nursery. When not busy with church and community-related activities, Dean enjoyed taking the family on camping trips.

Officer Beattie was with the CHP for exactly 24 years. He entered the Academy Nov. 19, 1979, after serving in the Marine Corps. After graduation, he began his career in the San Diego office before transferring to El Cajon in 1984. Officer Beattie also worked in the Santa Cruz and Santa Rosa offices during the course of his career before coming back to the El Cajon area in 1988, where he served for nearly 12 years. He transferred back to the San Diego Area in August 2000.

Officer Beattie also served on the Protective Services Detail, and was involved in the CHP’s escort of President Bush during his recent visit with victims of the Cedar Fire.

Whether at home or at work, Dean’s constant smile, positive attitude, and vibrant sense of humor won him the love and respect not only of his family and peers, but of all who came in contact with him throughout the years. A loving father, devoted Christian, caring officer and friend, Dean Beattie provided a legacy of professionalism, humor, and love of life rarely matched and never surpassed. There will be an empty place in the hearts of all who were blessed to have known him.