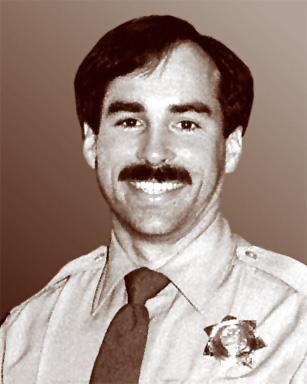 Officer John N. McVeigh, Jr. was responding to an injury collision when he lost control of his patrol car as it rounded a curve. McVeigh’s patrol car spun into the opposing lane of traffic where it was struck broadside by an oncoming pick-up. Although McVeigh was securely belted in his seat and his air bag deployed, the force of the impact killed the 38-year-old officer instantly. Officer McVeigh was a 13-year veteran of the CHP and a 1992 King City Officer of the Year.