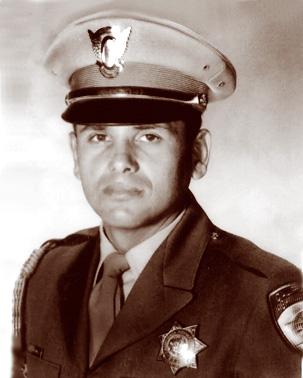 Officer Larry J. Jaramillo was returning to his Air Operations unit after completing a court appearance in Inyo County when his patrol car collided with a truck that was stopped in traffic near a construction site on U.S. Highway 395. The impact of the crash killed Jaramillo instantly. The 42-year-old officer was an eight-year member of the CHP and was selected in 1989 to serve as a fixed-wing aircraft pilot in Inland Division’s Air Operations Unit. Officer Jaramillo was honored as the 1993 “Officer of the Year” by the Latino Peace Officers Association. He also received an award for his heroic rescue of two young men who were stranded. Officer Jaramillo is survived by his wife, Officer June Jaramillo (11901).