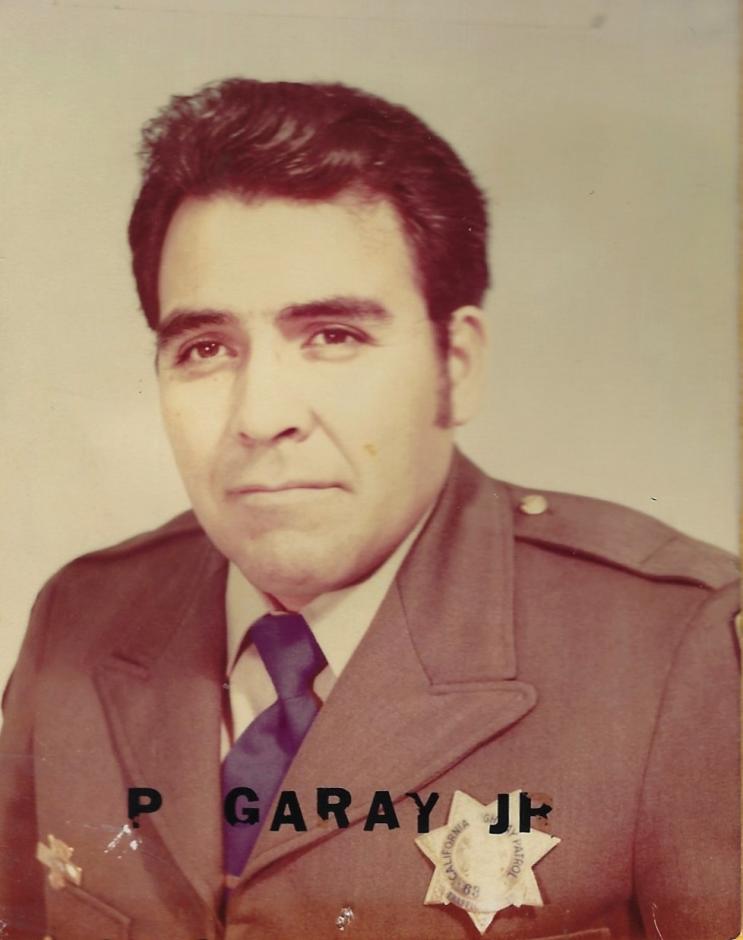 Pablo was born on a farm between Delano and Earlimart in California.   He was the 9th of 11 children born to Pablo Garay-Herrera and Aurelia Olague-de la Rosa.  His siblings’ names in order of birth were John, Frank, Eusebio, Paul, Lily, Eloisa, Pete, Beatrice, Lola and Gilbert.   Pablo was very close to the Garza family of Delano, and he considered Michael Garza a brother.   Pablo’s father passed away when he was 15 years old after his older brothers had moved out of the house.  His teenage years were dominated by women, which helped him develop a great respect for people of all genders.  Pablo attended and graduated from Delano High School in 1961 lettering in football and baseball.

After high school, Pablo joined the U.S. army where he served as military policeman and interpreter in Indochina and Hawaii.  Before his honorable discharge, he met Patricia (Patty) Hegeman at the Waianae Army Recreation Center on Oahu Island.  Three months after their first meeting, Pablo and Patty were married in 1965, and settled in Earlimart, CA where they started life together as farm workers.  After a short time, Pablo followed his brother John into law enforcement working for Porterville Police Department.  In 1966,  Pablo and Patty had their first child, Paula.  Pablo again followed his brother John’s example by joining the California Highway Patrol in 1968.  He was first stationed in Newhall, CA where the couple had their son Phillip in 1969.  Eventually, Pablo was stationed in Taft, CA where they had their final child, Patton, in 1972.

Pablo and Patty raised their children in Taft where Pablo was involved in the community especially in baseball and softball.  He coached and served on the boards of Little League and Babe Ruth baseball leagues  in the late 1970’s and throughout the 1980’s.  Pablo inspired some of the players he coached to go into careers in law enforcement.  He also played fastpitch softball for the Taft Merchants and slow pitch softball in the West Side Recreation District.  He worked as seasonal help for the Westside Mosquito Abatement under Sid Ryall, and the Taft Sewer District with Kenneth Fuller.  Pablo was also active in  St. Mary’s Catholic Church serving in the Knights of Columbus, and he was a member of the Taft Moose Lodge.  Pablo made many lifelong friends in Taft especially the Waldner family and Ray York.  Patty also had a wonderful career in Taft working for Getty Oil and Texaco.

Pablo retired from the CHP (Buttonwillow area office) in 1997, and he and Patty moved to Las Vegas, NV.   After securing his lifetime flight benefits working for US Airlines, Pablo focused on sports betting and spending time with his wife and family.  After a seven-month battle with papillary renal cell carcinoma, Pablo passed away peacefully in his sleep beside Patty at Nathan Adelson Hospice in Las Vegas, Nevada.

Funeral services will be held on Tuesday July 28, 2020 at Davis Funeral Homes and Memorial Park in Las Vegas, Nevada.  Due to Covid-19, only family will be able to attend.  Everyone is encouraged to post on his tribute wall at www.davisfuneralservices.com or on the facebook site “In Memoriam Pablo Garay CHP 6370.”