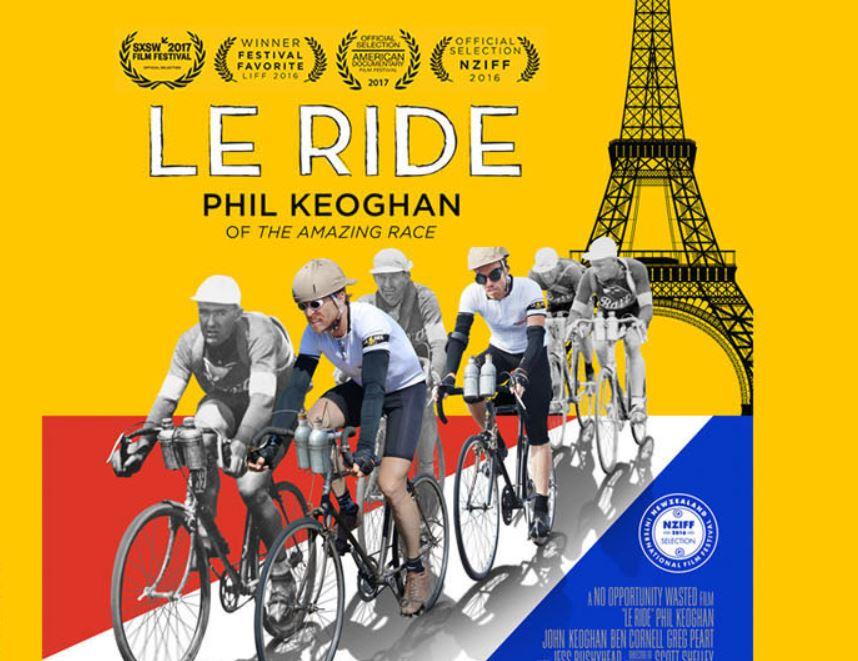 Le Ride is about the first English-speaking team to ride in the toughest sporting event on earth, the Tour de France. In 1928, a small under-resourced and untested team from New Zealand and Australia lined up in Paris next to Europe’s best riders. One hundred and sixty-four riders started and only 41 finished.

Phil Keoghan has literally brought this remarkable underdog story back to life by riding an original 1928 steel bicycle with no gears, retracing the exact route and sticking to the same schedule. It was an average of 150 miles a day, completely circumnavigating France for a total of 3,338 miles in just 26 days, including the “Death Stage,” which took Phil almost 24 hours to complete.

Retired California Highway Patrol (CHP) Officer Greg Peart, a former motor officer in the South Sacramento CHP office, rode the motorcycle that carried the cameraman for this amazing documentary film.  Former Officer Peart’s riding skills were honed during his time with the Patrol, and since then he has worked for MotoPhoto carrying cameramen at sporting events all over the world, including the Boston Marathon and the Amgen Tour of California.