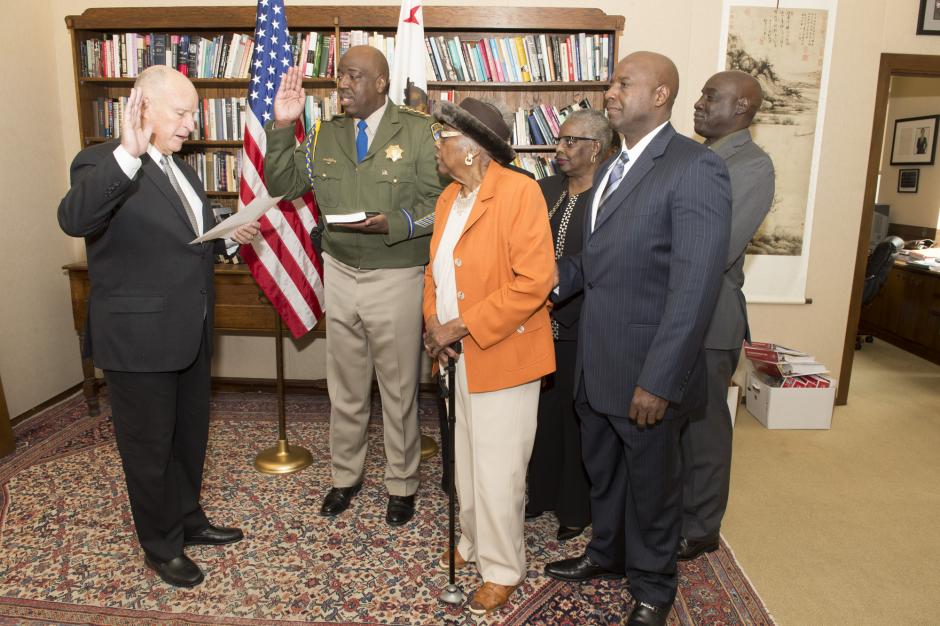 On Feb. 26, Gov. Brown delivered the oath of office to Stanley as the 15th Commissioner of the California Highway Patrol (CHP).

Commissioner Stanley has been employed with the CHP since 1982 and is one of the distinguished few to have held every position from officer to commissioner.

Commissioner Stanley is the first African American in the history of the CHP to hold the rank of Commissioner and oversees the largest state law enforcement agency in the nation; a department with more than 11,000 employees. 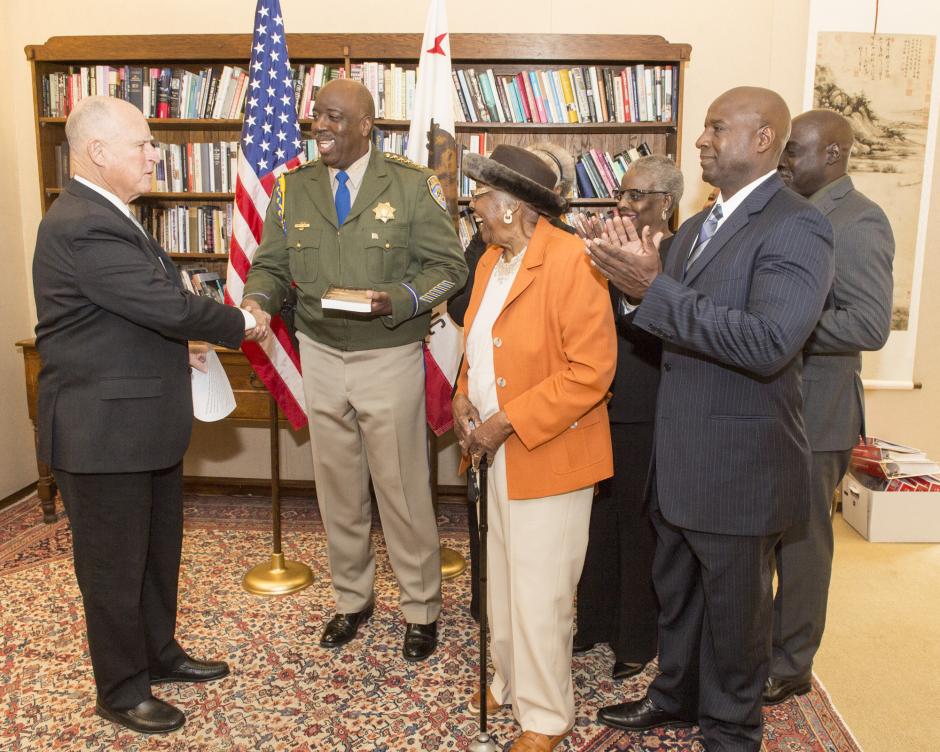 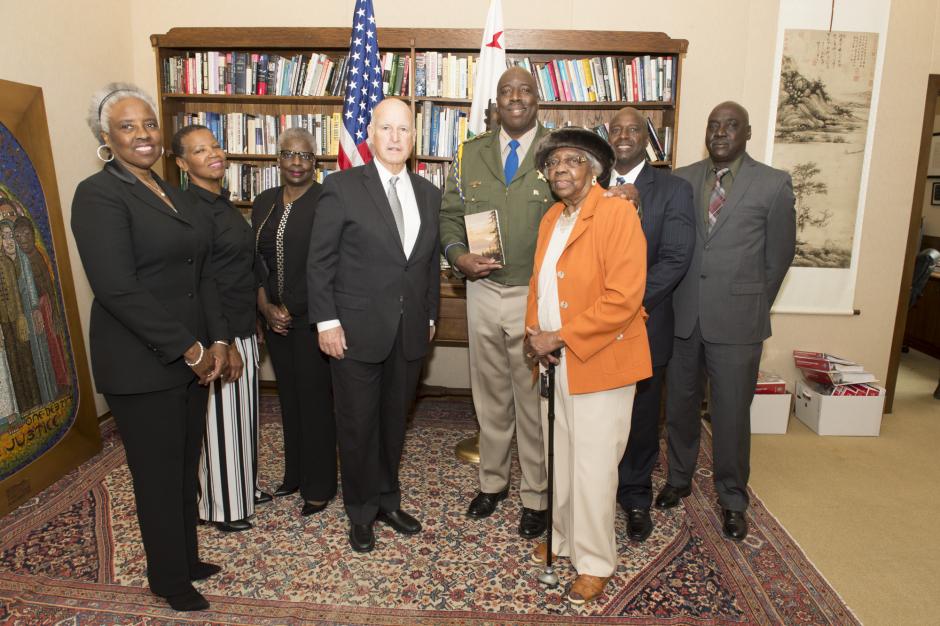 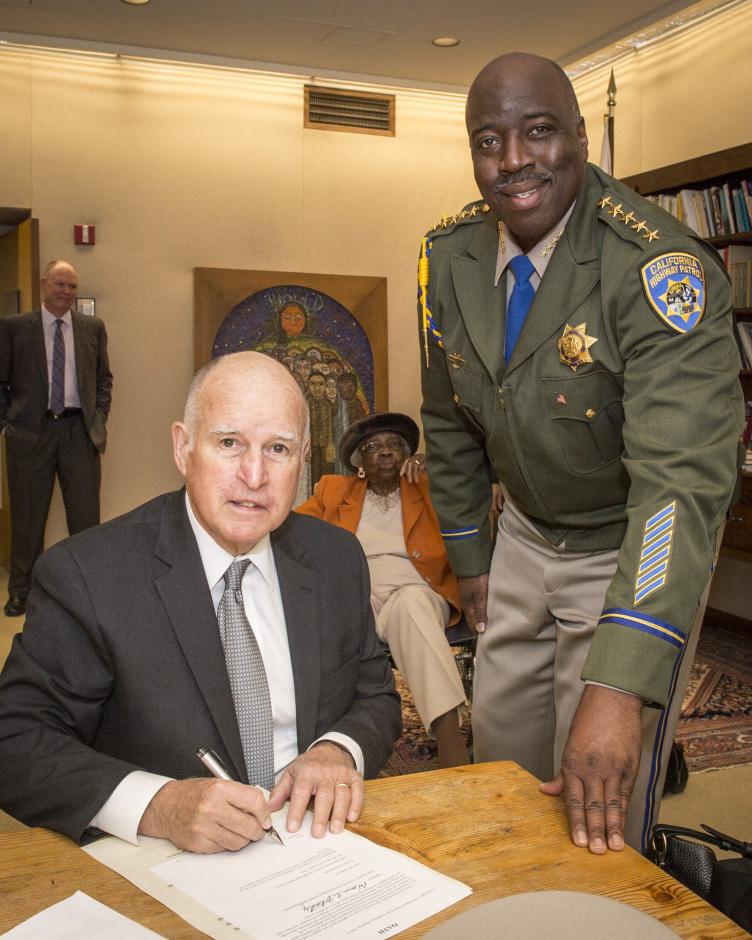