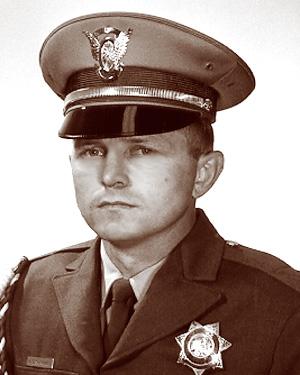 Officer Ambers O. Shewmaker was patrolling near Banning late in the evening when he was shot by a motorist he stopped for speeding. Shewmaker was using his radio at the time he was shot, and his killer was driving a stolen car. The 28-year-old patrol officer died the following day and his killer was captured soon after the shooting. Officer Shewmaker had been a CHP officer for nine months.