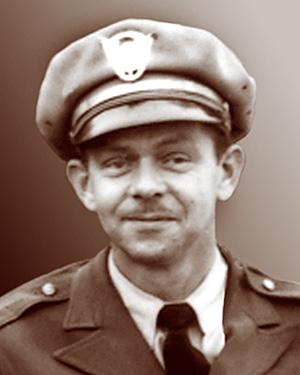 Officer Carl H. Jessing was pursuing a speeding motorist along the Imperial Highway when he collided with a car that crossed in front of his motorcycle at Firestone Boulevard. Jessing was thrown from his motorcycle and suffered a broken leg and other injuries. Initially his condition did not appear life-threatening, but he died the following day from a pulmonary embolism caused by the collision. The 39-year-old patrolman had been a member of the CHP for three years.