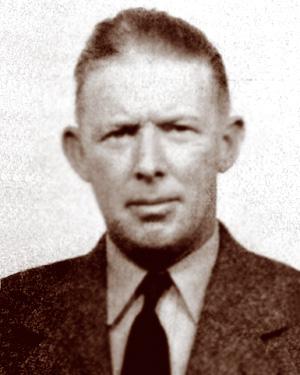 Officer Charles D. Goss had just completed his investigation of a five-car collision. As he left the site, his patrol car was struck head-on by a vehicle attempting to pass a truck. Goss was killed instantly. The 39-year-old officer was a 1952 graduate of the CHP Academy and the Madera Area was his first assignment. Charges were filed against the driver for attempting to pass the truck without sufficient clearance.