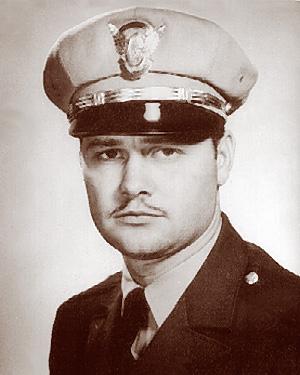 CHP Officer Shot by AWOL Marines on a Crime Spree

Officer Charles T. Smith stopped a vehicle for speeding on U.S. Highway 99 near Orland. Something suspicious apparently alerted him, and he decided to investigate further, not aware that the vehicles two occupants were AWOL Marines who had stolen the vehicle and been on a crime spree. As Smith frisked one man, the other opened fire from behind, hitting Smith three times in the back. Although mortally wounded, the officer managed to struggle to his feet and kill both suspects. Ironically, Smith himself had been a Marine MP before he joined the Patrol four years earlier.