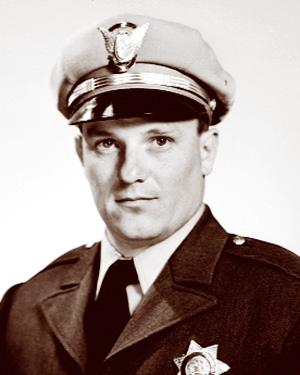 Officer Charles O. Woodworth was on patrol July 27, 1964 and had just pulled away from a stop sign when his motorcycle was struck broadside by an automobile. Woodworth sustained serious leg injuries from the impact of the crash, but his condition did not appear life-threatening. As he was recovering, Officer Woodworth suffered a fatal embolism attributed to the accident two weeks earlier.