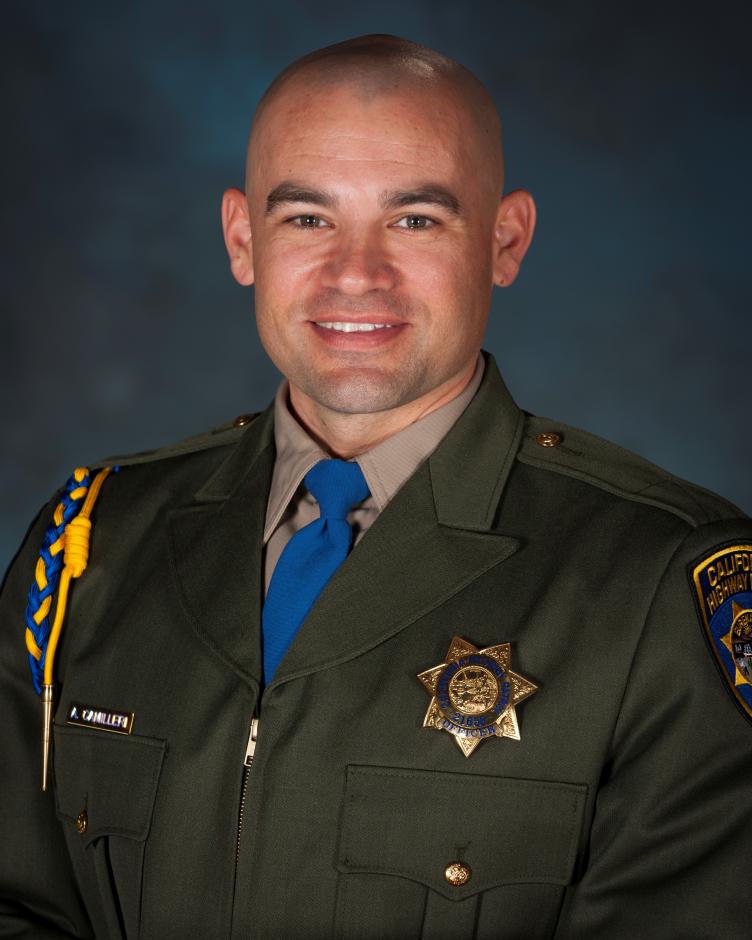 The CHP family is deeply saddened by the loss of Officer Andrew Camilleri, I.D. 21653, on Christmas Eve, December 24, 2017, at approximately 11:32 p.m. Officer Camilleri, of Hayward Area, gave his life in sacrifice for the community in which he served.

Officer Camilleri and Officer Jonathan Velasquez, I.D. 21318, were stopped in their patrol vehicle within the reverse gore of the Winton Avenue onramp to I-880 southbound. A driver drifted off the road from I-880 and struck the right rear of the patrol vehicle.

Both officers suffered injuries in the collision. Officer Camilleri was transported to St. Rose Hospital, where he was pronounced deceased.

Officer Camilleri (33) began his career with the California Highway Patrol on August 22, 2016, and graduated from the Academy in March 2017. He is survived by his wife, Rosanna, and a daughter, two sons, his parents, brother, and sister. We offer our thoughts and prayers to his family, friends, and colleagues as we collectively mourn this heartbreaking tragedy.

Golden Gate Division Chief Ernie Sanchez said, “On behalf of the men and women of CHP – Golden Gate Division, I wish to express my immense gratitude for the tremendous outpouring of support from the communities we serve and allied agencies that we serve alongside. We thank each and every one of you for your thoughts and prayers for Officer Andrew Camilleri’s family as they cope with the loss of their loved one.”

“We are broken-hearted yet honored and privileged to serve alongside fine people such as Officers Andrew Camilleri and Jonathan Velasquez who on Christmas Eve were “willing to lay down their lives rather than swerve from the path of duty.”

“We will forever honor Officer Camilleri’s legacy of life saving service by placing his name alongside 37 other names of Golden Gate Division CHP hero’s, who also paid the ultimate sacrifice and whom we honor annually during our local Wall of Honor memorial event. His ultimate sacrifice will never be forgotten. Thank you.”

More information about Offier Camilleri will be provided in the March issue of the APB.

Donations can be made on the C.A.H.P Credit Union website, https://cahpcu.org/Donations, or directly mailed to: