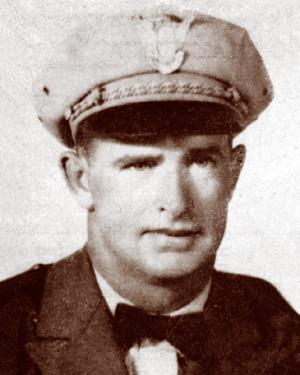 Officer David R. Henderson was killed when his motorcycle collided with an automobile driven by a motorist who pulled into his lane of traffic after deliberately passing a bus that had stopped to load and unload passengers. Henderson, 33, joined the CHP in 1942 after serving two years with the Burbank Police Department. He had also previously served as a Deputy Fish and Game Warden with the County of Los Angeles.