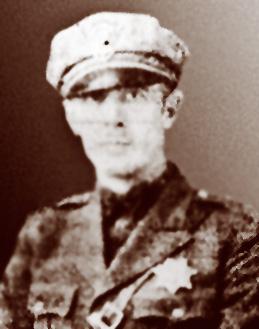 Officer A. Donald Hoover was traveling along the Santa Cruz - Watsonville Highway, on a stretch known to locals as “Slaughterhouse Curve”, when his motorcycle collided with an automobile that pulled out from a side road and turned in front of the patrolman. Hoover, 31, sustained critical injuries and died without regaining consciousness. Officer Hoover was a distant relative of Herbert Hoover, the former President of the United States.