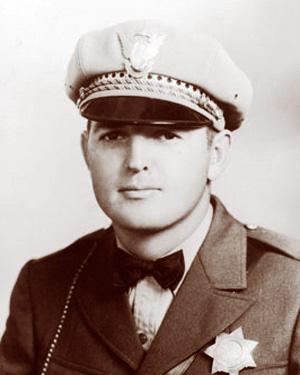 Officer Earle M. Ames was returning to the CHP Stanislaus office after a special duty assignment in Oakland. Ames was traveling late in the evening through very heavy fog when his motorcycle collided with a city bus. The bus was reportedly almost invisible in the fog because of its newly installed vapor lights. Officer Ames was thrown from his motorcycle and killed.