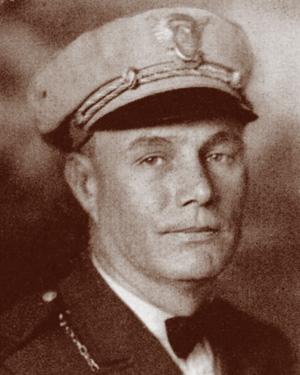 Officer Ernest R. Nelson was patrolling on his motorcycle south of Salinas when a pickup truck made a left turn and crossed the road directly in front of the patrolman. Nelson attempted to swerve and avoid the crash, but skidded directly into the side of the truck and was killed. The driver was arrested for negligent homicide. Nelson, 43, joined the Patrol in 1935 and was previously assigned to the Academy before he transferred to Salinas.