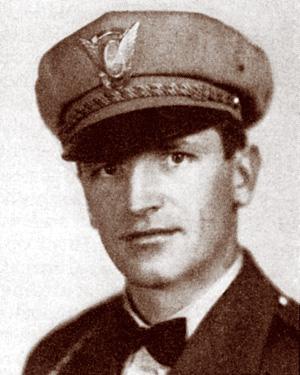 Officer Fred J. Kowolowski was rounding a sharp bend on a rural road in Santa Clara County when his motorcycle collided with an automobile. The 17-year-old driver of the other vehicle said he had turned from a side road and, seeing the motorcycle coming, stopped. The 29-year-old patrol officer died only hours later. Kowolowski was a former deputy sheriff in Modoc County before he joined the Patrol in 1937.