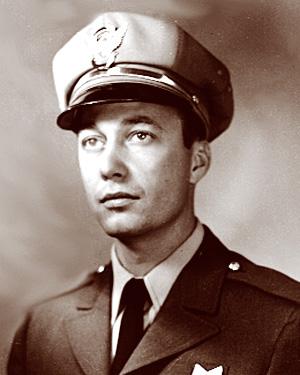 Officer Gary L. Grow was killed when the plane he was piloting collided with another aircraft. Grow was flying one of two planes leased by the Patrol for aircraft observational studies over U.S. Highway 99 and other highways. The aircraft test was a special assignment for Grow and he was detached from his area specifically for the project. Officer Grow, 28, had been a patrol officer for four years.