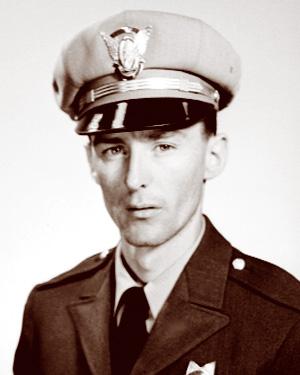 Officer George E. Kallemeyn had been pursuing hot-rod cyclists along a narrow twisting mountain trail in Contra Costa County. Kallemeyn was returning to the main road when a portion of the trail gave way beneath his motorcycle and Kallemeyn plummeted down the side of the canyon. The patrol officer was not found until the next day when rescuers located him in the brush, pinned under his motorcycle. Kallemeyn, 30, was immediately rushed to the hospital but died of his injuries. He had served four years with the CHP.