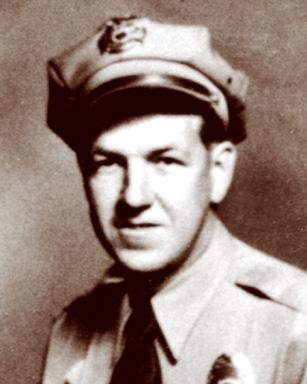 Cadet J. Harold Hanson was negotiating a curve during a motorcycle training exercise when an oncoming motorist, driving close to the center divider, caused the cadet to veer away sharply and lose control. Hansons motorcycle skidded in loose gravel and the cadet was thrown to the ground. Hanson, 36, died almost instantly. Cadet Hanson, like all cadets in that era, was sworn in when he reported for training. After 1977 recruits were classified as “state traffic officer cadets” for training purposes and did not become sworn officers until Academy graduation.