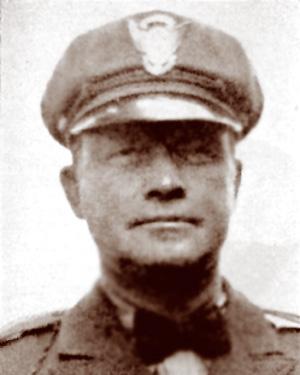 Officer James B. Dalziel was returning from duty on the San Francisco – Oakland Bay Bridge shortly after midnight when a vehicle drove directly in front of his motorcycle. The collision killed the patrolman instantly. Dalziel was a 28-year veteran of law enforcement service that began in 1917 with the San Mateo County Motor Patrol and continued uninterrupted when the county unit merged with the CHP. The 55-year-old patrolman had served on the Bay Bridge since 1941.