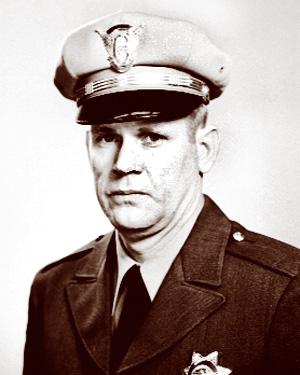 Officer James F. Stamback had just parked his patrol car behind an automobile he stopped because its load of lumber was protruding beyond the legal limit. The patrolman was talking to the driver when, without warning, a two-ton flatbed truck suddenly barreled down on the scene, hitting the patrol car and pushing it into the other vehicle. Stamback received critical injuries from the impact and died 13 days later. The 29-year-old patrolman had been a member of the CHP for nine years.