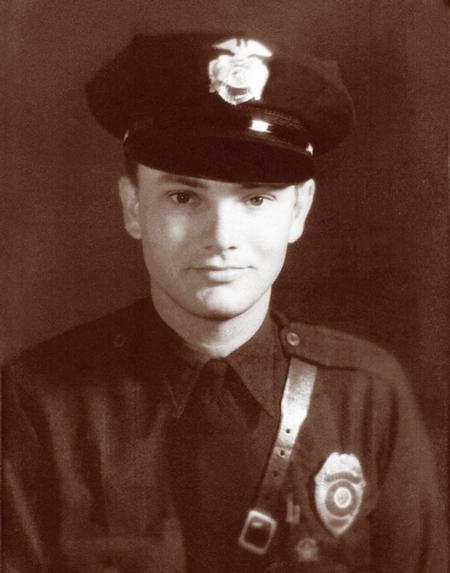 Officer James H. VandeWeg was responding to an emergency call when a truck pulled directly in his path. VandeWeg was unable to stop and his motorcycle crashed into the truck. The 30-year-old officer suffered critical injuries and died just hours later. VandeWeg had previously served with the Redondo Beach Police Department and with the Burbank Police Department until joining the CHP in 1943.