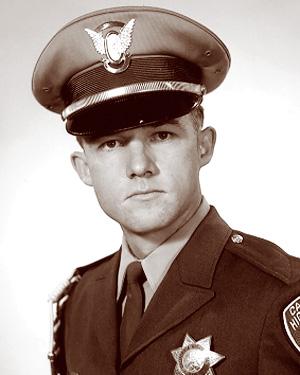 Officer Jerrel H. Shows responded to an accident scene and was assisting one of the crash victims, when both were struck by a passing car driven by a drunk driver. Shows was killed instantly and the accident victim he had been assisting sustained critical injuries. The drunk driver was uninjured. Officer Shows, 28, had just graduated from the Academy three weeks earlier.