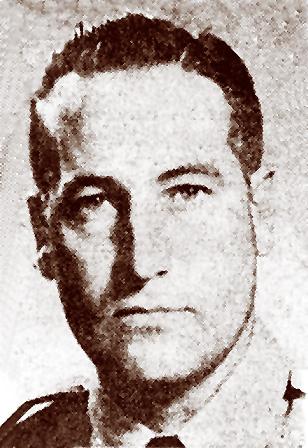 Officer John C. La Mar was checking a vehicle hooked to a tow truck parked alongside U.S. Highway 99 near Bakersfield. He had set out flares to warn oncoming cars and was standing between the tow truck and the damaged vehicle, when a speeding motorist ran through the flares, plowed into the rear of the damaged car, and fatally injured La Mar. The 30-year-old patrolman was a former member of the Tulare Police Department and had served only two months with the CHP.