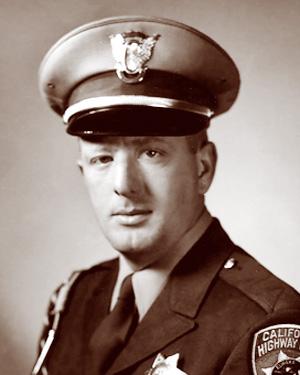 Officer John R. Ellis and his partner, Officer Delton S. Lawless, were responding to an accident call when their patrol unit skidded on a rain-slicked roadway outside Visalia and crashed into a grove of trees. Both officers were wearing seat belts and Lawless, the driver, was able to extricate himself and his partner from the wrecked patrol car. Officer Ellis had been killed instantly. The 35-year-old patrol officer had been a member of the CHP for five years.