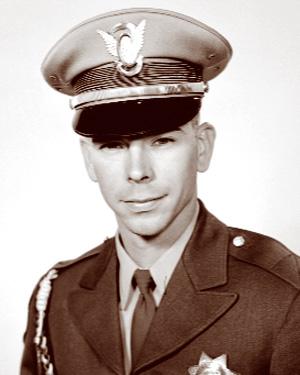 Officer Leonard L. Layton was enroute to a court appearance in Ukiah when he was killed on U.S. Highway 101. Accident investigators reported the patrol car went over an embankment while rounding a curve on the rain-slicked pavement. Layton, 26, had graduated from the Academy a year earlier. His father, Officer Leonard M. Layton, was on active duty at the time of his son’s death.