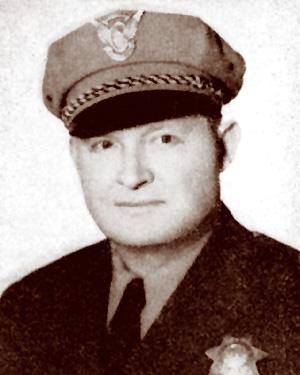 Officer Loren C. Roosevelt was on Los Feliz Boulevard enroute to his home in Glendale when he observed a man behaving suspiciously and called him over to his patrol car. The suspect complied, but suddenly pulled a revolver and shot the patrolman nine times at close range. Although mortally wounded, Roosevelt gave investigating officers a detailed description of the gunman before he died. He had been a patrolman since 1943.