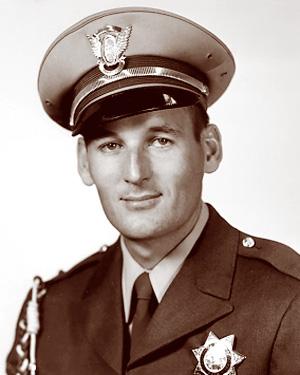 Officer Merle L. Andrews was pursuing a stolen vehicle whose driver was the subject of an all-points-bulletin sought on robbery and kidnapping charges. Andrews stopped the suspect and radioed for back-up, then approached the vehicle with his weapon drawn. The driver opened fire, killing the 39-year-old patrol officer. The gunman fled, but was captured a few hours later. Andrews was a member of the Patrol for nine years.