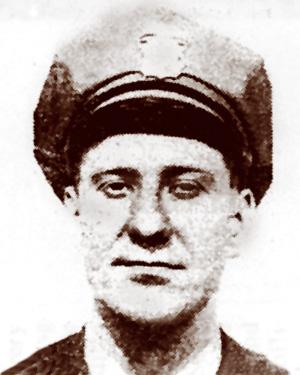 State Police Officer Raymond V. OConnor was a passenger in a state police car driven by State Police Officer Daniel M. Murphy. The two officers had just completed a patrol of state property in San Jose and were returning to San Francisco on the Eastshore Freeway when a motorist driving in the opposing lane of traffic lost control, skidded 52 feet, jumped a divider strip and skidded another 30 feet before crashing into the state police vehicle. Murphy sustained major injuries and OConnor died just minutes after the crash, which also killed the motorist. Officer OConnor, 30, had served five years with the state police and had been a policeman with the city of Hayward before returning to state service.