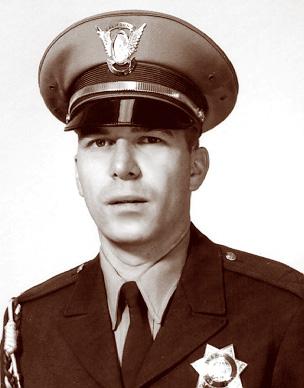 Officer Richard G. Woods was enroute to court to testify in a criminal case when he encountered stop-and-go traffic on the freeway. Woods was in the process of changing lanes when the traffic ahead of him came to a sudden stop. The patrol officer’s motorcycle struck the rear of a panel truck that stopped in front of him, killing the 29-year-old patrolman. Officer Woods was a member of the CHP for almost three years and had served in Central Los Angeles before being assigned to Baldwin Park