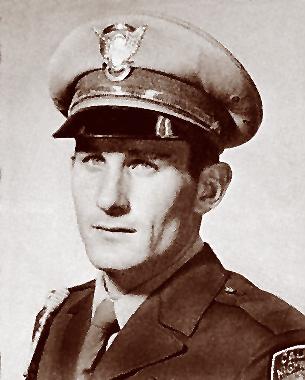 Officer Robert D. Dale was patrolling along a rural two-lane road in Orange County. He had just passed a vehicle and was negotiating a sharp turn when he lost control of his motorcycle and slid into the path of an oncoming pick-up truck. Dale’s motorcycle struck the left front of the vehicle, killing the 25-year-old patrol officer instantly. He had served with the CHP for two years and had been assigned to the Anaheim Area office since graduation in 1958.