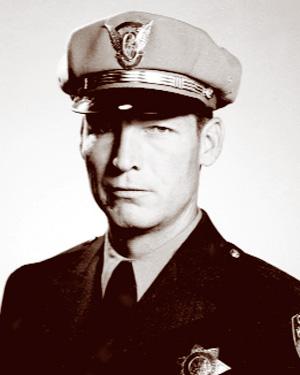 CHP Officer shot by suspect being transferred to psychiatric ward

Officer Robert E. Reed had stopped and arrested a motorist for a traffic violation after a high-speed pursuit along U.S. Highway 101 near Ventura. The suspect, who had become combative during his arrest, complained of an injured ankle so Reed was transporting him to the hospital instead of jail. As the suspect was being transferred from a gurney to the psychiatric ward, he jerked Reeds gun out of the holster and opened fire, killing the 36-year-old patrol officer. Reed was a four-year member of the CHP.