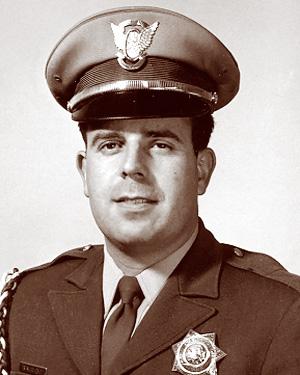 Officer Robert M. Blomo was on patrol when his motorcycle struck a tractor-trailer that pulled out in front of him at an intersection. Blomo’s motorcycle was dragged 82 feet, slid into a curb and burst into flames, killing the patrol officer. The 25-year-old officer had been a member of the CHP for three years and was assigned to Baldwin Park since graduating from the Academy in 1966.