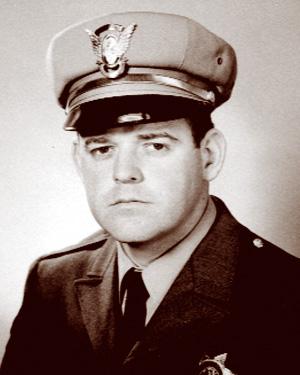 Officer Robert W. Suess was patrolling on Baldwin Avenue in the city of El Monte when a drunk driver speeding in the opposite direction careened through a red light, ran another car off the road, then abruptly swerved over the center line and struck Suess motorcycle. Witnesses said the 28-year-old officer had no chance to avoid the crash and was killed instantly. The driver was charged with manslaughter and felony drunk driving. Suess had served as a police officer with the Vallejo Police Department before joining the Patrol only nine months earlier.