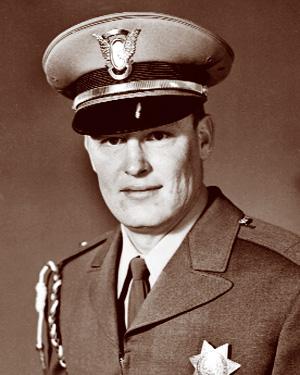 Officer Ronald E. Davis was attempting to pass two vehicles as he was responding to an accident call on U.S. Highway 91 east of Barstow. One of the drivers, apparently unaware of the siren or red light, pulled out in front of the patrol car. Davis turned to avoid a collision but went into a broadside skid, rolling the patrol car several times. A passing motorist found the 28-year-old patrolman still strapped in his seat, but he had died instantly. Barstow was Officer Davis’ first assignment since graduating from the Academy less than a year earlier.