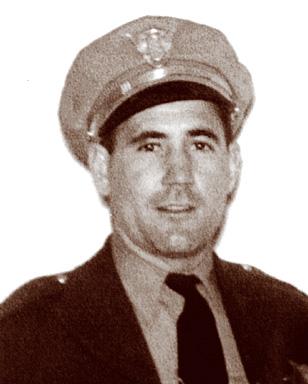 Officer William C. Foote, 33, was returning from a special traffic control assignment at the Salinas Rodeo when his motorcycle crashed head-on into another vehicle. Officers traveling with Foote believed a tire blowout or a crack in the pavement caused the patrolman to lose control and swerve into the path of the oncoming car. Foote, who joined the CHP in 1948, had just returned to the Patrol after a stint as a Marine Corps Reservist in the Korean War.