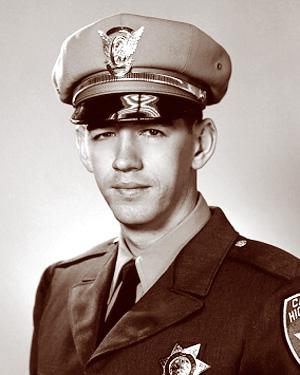 CHP Officer Killed While Attempting to Save 3 Children

Sergeant William D. Huckaby was attempting to save the lives of three small children who had climbed onto a slow-moving freight train passing through South Los Angeles. As Huckaby rode his motorcycle down the railroad right-of-way to catch the train, he struck a cable that had been stretched between two posts. The 33-year-old sergeant sustained critical injuries and died four days later. He had been a member of the Patrol for seven years.