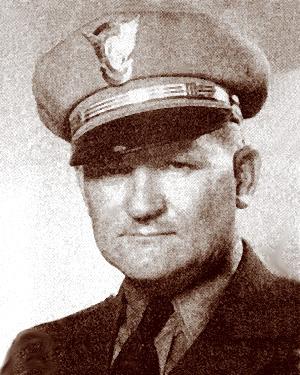 Officer William Elza P. Fitzpatrick, Jr. spotted an abandoned vehicle wanted in connection with an armed robbery, called in his report and requested assistance. Fitzpatrick was continuing his investigation of the unoccupied vehicle when the vehicles driver returned in a taxi. As the patrol officer was questioning the suspect, the man reached for a revolver. Fitzpatrick grabbed the suspect but was fatally wounded in the struggle. Two deputies arrived on the scene and shot the suspect. The 45-year-old patrolman had served eight years with the Patrol. Prior to joining the CHP he had been Chief of Police for the city of Tulelake and served six years as a deputy sheriff in Los Angeles.